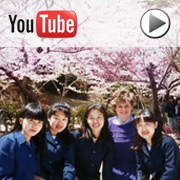 Based in Liverpool, North West England, we provide a full range of Japanese interpreting, translating and consulting, as well as tailor made Japanese language courses, providing services to companies throughout the UK and Worldwide that are looking to expand into the Japanese market or build relationships with Japanese companies.

Through a background in cross-cultural communication we have uniquely qualified personnel to help Japanese companies looking to expand their operations overseas, particularly in the UK and UK companies in Japan.

Our experience as multi-sector Japanese translation and interpreting specialists with unparalleled expertise in many areas, ranging from the automotive and polymers sector to horticulture and landscape gardening.

Consultant Interpreter Angela Davies guarantees the highest standards with extraordinary flexibility and expertise in a wide range of fields. With many years of front–line experience as an Interpreter, Translator and Project Co-ordinator for a range of both public and private sector projects means that Angela is uniquely qualified to interface between Japanese and English-speaking companies and organisations.

Our services are of the highest levels, valued by our regular customers, throughout the UK and Worldwide.

The conversation evening in June was the biggest turnout since restrictions were lifted and everyone spoke some Japanese most of the time. It was great to have Japanese friends there too as they encourage everyone to speak as well. The food, as usual, was excellent, and it was a really enjoyable evening.

Angela has just completed a very detailed course about Liverpool, its history and of course all about the Beatles.

The course was organised by Brilliant Liverpool Tours and Angela is now a professional guide and part of the international team which also includes Spanish, Italian, Portuguese and Chinese speakers.

2017 Award for promoting the teaching of English in schools

In March 2017 Angela went to Naoshima where she was presented with an award for her services to promoting the teaching of English in the schools there over the last 15 years.

A formal ceremony was held in the Council Chamber of the Town Hall with the Mayor and Director of the Board of Education as well as most of the Council members.

The visit to Kagawa, for which Angela has been Ambassador since 2005, also marked the 30th anniversary of her time there as the first CIR (Coordinator for International Relations) on the JET Programme in 1987. Because of that she made a visit to meet with Governor Hamada and just before she left Japan, was told that she would be receiving an award from the Governor as part of his Constitution Day ‘honours list’. The formal ceremony took place on May 9th at the Kenmin Hall. The award was for her continued contribution to furthering international exchanges in all spheres of culture and education, between the UK and Kagawa Prefecture since 1988.